Euroscola is a great forum for students to discuss and to debate about important aspects in multilingual working groups. The participants can take a closer look on the working of the European institutions, try out themselves in debates in the EU decision-making process in the hemicycle and learn how to cooperate with people from other countries.

Just as the deputies of the European Parliament, the students work in groups discussing about the following topics:

They have the opportunity to debate and vote on these topics in the hemicycle of the European Parliament which allows them as well to practice their English, German or French language skills.

Schools participating in this programme are selected through a national competition by the European Parliament Information Office in each member state. 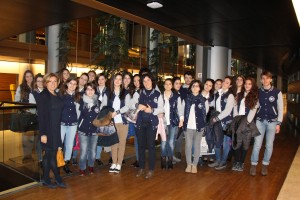